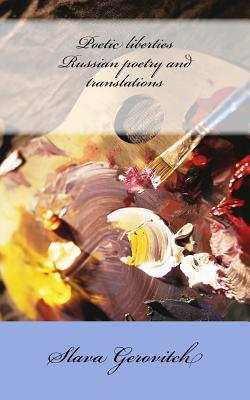 
Usually Ships in 1-5 Days
(This book cannot be returned.)
Slava Gerovitch's second book of poetry includes poems of 2014-2017: the "Summer Love" cycle, philosophical verse, playful poems, translations of Brodsky, Lermontov, MacLeish, Paterson, Pr vert, and Tsvetaeva, and translations of jazz standards, French chansons, and Brazilian bosanova.
Slava Gerovitch is a historian of science and technology, teaching cultural history of mathematics at MIT. He was born in Lyubertsy near Moscow in 1963, and moved to the United States in 1992 to get his PhD at MIT. His first book "From Newspeak to Cyberspeak: A History of Soviet Cybernetics" (2002) received the honorable mention for the Vucinich Prize for an outstanding monograph in Russian, Eurasian, or East European studies. His recently books include "Voices of the Soviet Space Program: Cosmonauts, Soldiers, and Engineers Who Took the USSR into Space" (2014), a collection of his interviews with veterans of the Soviet space program, and "Soviet Space Mythologies: Public Images, Private Memories, and the Making of a Cultural Identity" (2015), a study of professional and cultural identities of Soviet cosmonauts and engineers, a finalist for the 2016 Historia Nova Prize for the best book on Russian intellectual and cultural history. His current research project is on the social history of the mathematics community in the Soviet Union in the second half of the twentieth century. When nobody is watching, he writes poetry. He has published two books of poems, "Wordplay" (2014) and "Poetic Liberties" (2017).