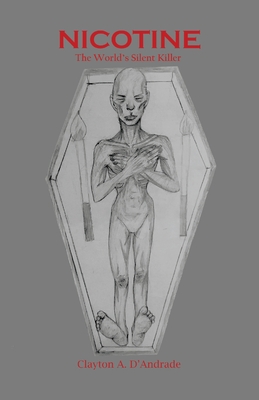 By Clayton A. D'Andrade

Addiction is defined as giving up all that is important to you for the thing that you are addicted to. Nicotine is highly addictive. It is both a stimulant and a sedative to the central nervous system. When tobacco smoke is inhaled, the injection of Nicotine to the throat is exposed.to more than 7,000 chemicals.

The result is almost an immediate "kick" because it causes a discharge of epinephrine from the adrenal cortex. This stimulates the central nervous system and other endocrine glands which causes a sudden release of glucose. Stimulation is then followed by depression and fatigue, leading to the abuser to seek more Nicotine.

Nicotine is absorbed readily from tobacco smoke into the lungs, and it does not matter whether the tobacco smoke is from cigarettes, cigars or pipes. Nicotine is also absorbed readily when tobacco is chewed. With regular use of tobacco, levels of nicotine accumulate in the body during the day and persist overnight. Thus, daily smokers or chewers are exposed to the effects of nicotine for 24 hours each day. Nicotine taken in by cigarette or cigar smoking takes 7-10 seconds to reach the brain and it has a direct effect on the body.

Smokeless tobacco, also known as; chew, snuff, spit tobacco, plug, chewing tobacco, chaw, dip, and other names, describes a variety of tobacco products that are not smoked by the consumer. Instead, this type of tobacco is usually placed in the mouth between the cheek or lower lip and the gums, where it mixes with saliva and releases juices that contain nicotine. The nicotine is then absorbed through the tissues in the mouth.

"Life presents many choices; the choices we make determine our future." You control the path you take in life and remember, there are two types of consequences; negative and positive so the consequence is based on the choice you make. You have the power of choice to get rid of that deadly poison, nicotine, by thinking about its negative effects.

There are many benefits to quit smoking, but there is no benefit for continued use of tobacco. If health improvements and more social freedom doesn't motivate you to quit, consider the financial rewards. To find out how much money you can save by quitting smoking, take the cost per day for your smoking materials and multiply it by 365 days. Surprised? Now multiply that amount by 10 so you can see how much you could save in the next 10 years.

An effective way to make changes in the way you handle your addiction is to think about the price you have already paid.

TO QUIT OR NOT TO QUIT; THE CHOICE IS YOURS