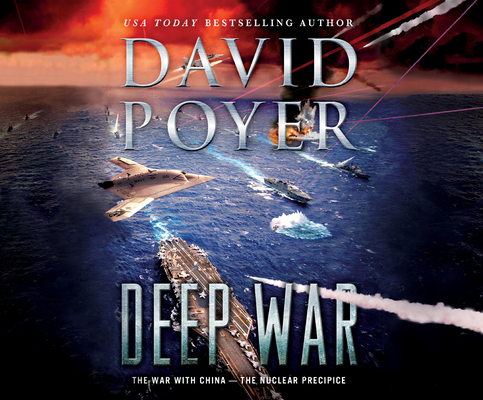 
Email or call for price
After the United States suffers a devastating nuclear attack and is facing food shortages, power outages, cyber and AI assaults, and a wrecked economy, Admiral Dan Lenson leads an allied force assigned to turn the tide of war in the Pacific, using precisely targeted missiles and high-tech weapons systems. But as the campaign begins, the entire Allied military and defense network is compromised by Jade Emperor, a powerful Chinese artificial-intelligence system that seems to anticipate and counter every move. While Dan strives to salvage the battle plan, his wife helps coordinate strategy in DC, Marine sergeant Hector Ramos fights in an invasion of Taiwan, and Navy SEAL master chief Teddy Oberg begins a desperate journey into central China on a mission that may be the only way to save the United States from destruction and defeat. Thrilling, filled with near-future technology, and deeply grounded in the human cost of war, Deep War is a brilliant novel by an acknowledged master of military fiction.