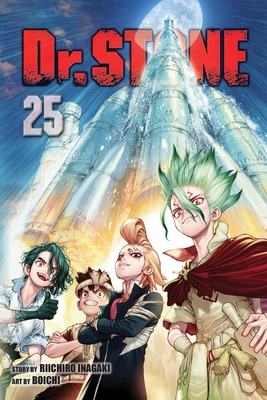 This is book number 25 in the Dr. STONE series.

Hoping to get a lock on Why-Man’s position, the Kingdom of Science builds an imaging satellite. Despite repeated failures launching their rocket, Senku and Xeno are determined to make it succeed! Meanwhile, Chrome and Suika are hard at work on their secret project to ensure the safe return of everyone on the moon mission.
Boichi is a Korean-born artist currently living and working in Japan. His previous works include Sun-Ken Rock and Terra Formars Asimov.