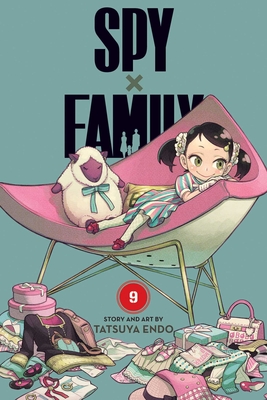 This is book number 9 in the Spy x Family series.

Yor’s on assignment and finds herself up against a gang of assassins on board a luxury cruiser. Meanwhile, Loid and Anya each discover that bombs have been planted throughout the ship! Will their best efforts be enough to save the vessel?
Tatsuya Endo was born in Ibaraki Prefecture, Japan, on July 23, 1980. He debuted as a manga artist with the one-shot “Seibu Yugi” (Western Game), which ran in the Spring 2000 issue of Akamaru Jump. He is the author of TISTA and Gekka Bijin (Moon Flower Beauty). Spy x Family is his first work published in English.