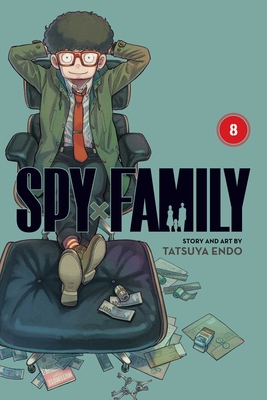 This is book number 8 in the Spy x Family series.

Yor is assigned to be a bodyguard for a mafia family on a cruise ship by the secret organization Garden. But with Lloyd and Anya also on board thanks to a giveaway they won, Yor is starting to have doubts about her secret life as an assassin…
Tatsuya Endo was born in Ibaraki Prefecture, Japan, on July 23, 1980. He debuted as a manga artist with the one-shot “Seibu Yugi” (Western Game), which ran in the Spring 2000 issue of Akamaru Jump. He is the author of TISTA and Gekka Bijin (Moon Flower Beauty). Spy x Family is his first work published in English.