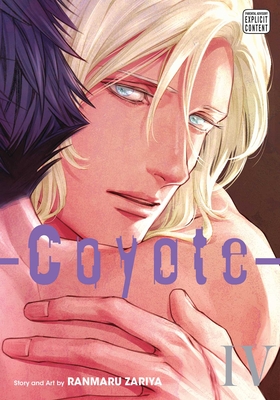 This is book number 4 in the Coyote series.

Coyote has lived his entire life hiding his true identity as a werewolf, and in a cruel twist of fate, he ends up falling for Marleen, the successor to a werewolf-hunting mafia family. As the conflict between their families intensifies, the two renew their love for each other, but Marleen’s family won’t have it, and the mafia heir is placed under house arrest. Undeterred, Coyote ponders a way to free him!
Coyote is Ranmaru Zariya’s second English-language release. Her other releases include Void, Liquor & Cigarettes, and Birds of Shangri-La. She also publishes doujin (independent comics) under the circle name “ZARIA.” You can find out more about her on her Twitter page, @zaria_ranmaru.