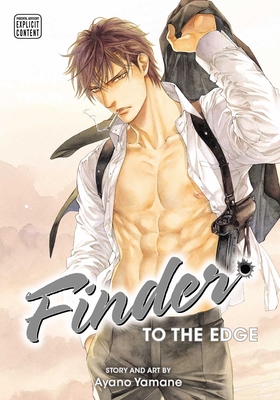 This is book number 11 in the Finder Deluxe Edition series.

Pain and pleasure collide when a sophisticated underworld boss crosses paths with a naive photographer hell-bent on bringing him down!

This deluxe edition includes never-before-released material as well as a double-sided color insert and special cover treatment! Photographer Akihito Takaba takes on a risky assignment trying to document the illegal activities of the Japanese underworld. When he captures its leader—the handsome, enigmatic Ryuichi Asami—in the crosshairs of his viewfinder, Takaba’s world is changed forever.

Asami prepares to face off against his greatest enemy yet! Worried for Akihito’s safety, he tells him to wait somewhere safe. But sitting idly by has never been Akihito’s thing, so he insists on staying by Asami’s side. The two know that when the big showdown begins, there will be no turning back. Will they prevail once again, or has their luck finally run out?
One of the most popular boys’ love mangaka to come out of Japan, Ayano Yamane is the creator of A Foreign Love Affair and the Crimson Spell series. She has also published doujinshi (independent comics) under the circle name GUN MANIA. A native of Awaji Island, she was born a Sagittarius on December 18th and has an A blood type. You can find out more about Ayano Yamane via her Twitter account, @yamaneayano.