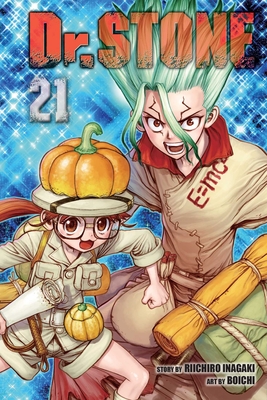 This is book number 21 in the Dr. STONE series.

The race across South America is on as the team dives into the Amazon rain forest, hoping to reach the source of petrification. When they arrive, Senku and friends discover a scene that’s so full of malice it’s sickening! Deeper into the Amazon—at the so-called Stone Sanctuary—the final battle against Stanley draws near!
Boichi is a Korean-born artist currently living and working in Japan. His previous works include Sun-Ken Rock and Terra Formars Asimov.