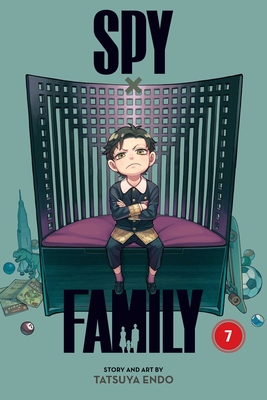 This is book number 7 in the Spy x Family series.

As Donovan Desmond is about to share a rare family moment with his son Damian, Twilight cuts in to meet his target face-to-face for the first time. Can Twilight find some way to endear himself to the inscrutable Donovan?
Tatsuya Endo was born in Ibaraki Prefecture, Japan, on July 23, 1980. He debuted as a manga artist with the one-shot “Seibu Yugi” (Western Game), which ran in the Spring 2000 issue of Akamaru Jump. He is the author of TISTA and Gekka Bijin (Moon Flower Beauty). Spy x Family is his first work published in English.