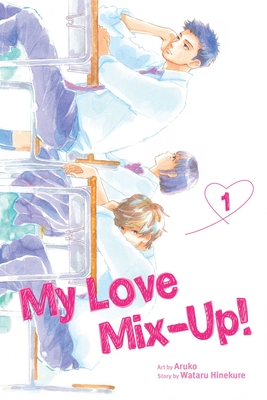 This is book number 1 in the My Love Mix-Up! series.

In this warmhearted romantic comedy, mistaken identity leads to a blossoming romance between two boys.

Aoki has a crush on Hashimoto, the girl in the seat next to him in class. But he despairs when he borrows her eraser and sees she’s written the name of another boy—Ida—on it. To make matters more confusing, Ida sees Aoki holding that very eraser and thinks Aoki has a crush on him!
Aruko is from Ishikawa Prefecture in Japan and was born on July 26 (a Leo!). She made her manga debut with Ame Nochi Hare (Clear After the Rain). Her other works include Yasuko to Kenji, and her hobbies include laughing and getting lost.

Wataru Hinekure is a night owl. My Love Mix-Up! is Hinekure’s first work.