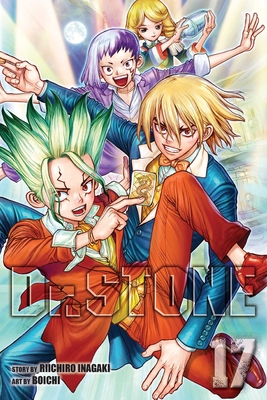 This is book number 17 in the Dr. STONE series.

The Kingdom of Science is off on a high-seas voyage to the U.S.A. However, Senku and Ryusui are soon divided on how best to chart their course, leading to all-out war—in the form of a poker game! After the winner is determined, what awaits their crew on the large continent to the east?!
Boichi is a Korean-born artist currently living and working in Japan. His previous works include Sun-Ken Rock and Terra Formars Asimov.