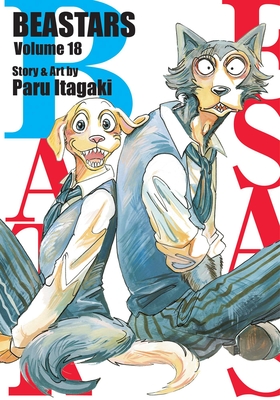 This is book number 18 in the Beastars series.

Labrador Jack delves into the history of the evolution of herbivores and carnivores, the bioengineering that created domesticated dogs like him, and the war that led to the society he and his friends live in today. Then, as the black market descends into chaos, red deer Louis encounters old comrades from his miserable childhood and Legoshi begs one to train him in combat. Plus, Bengal tiger Bill gets a big surprise when he cracks open an egg!
Paru Itagaki began her professional career as a manga author in 2016 with the short story collection Beast Complex. Beastars is her first serialization. Beastars has won multiple awards in Japan, including the prestigious 2018 Manga Taisho Award.