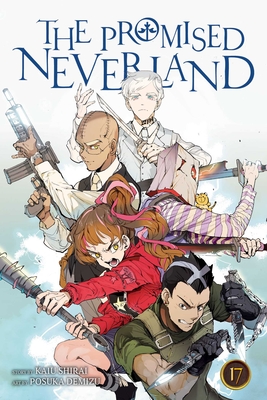 This is book number 17 in the The Promised Neverland series.

Norman sets in motion his plan to wipe out the demons as he leads his army into the demon capital. But he’ll need all of his cunning and trickery to have any hope of defeating the most powerful demons in the kingdom, including the queen. Meanwhile, Emma and the other children race to the capital to stop Norman before it’s too late!
Kaiu Shirai debuted in 2015 with Ashley Gate no Yukue on the Shonen Jump+ website. Shirai first worked with Posuka Demizu on the two-shot Poppy no Negai, which was released in February 2016.