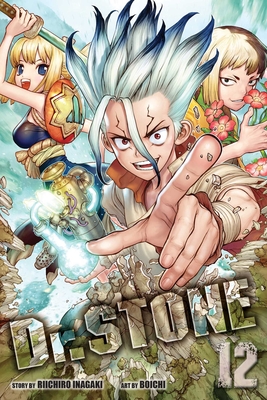 This is book number 12 in the Dr. STONE series.

The Kingdom of Science is now in uncharted waters! Motivated to find out the meaning behind the cryptic message they intercepted, Senku and a select few prepare for a long overseas voyage. What they find on the first stop on their journey might provide a clue to the mysterious petrification that ended civilization!
Boichi is a Korean-born artist currently living and working in Japan. His previous works include Sun-Ken Rock and Terra Formars Asimov.