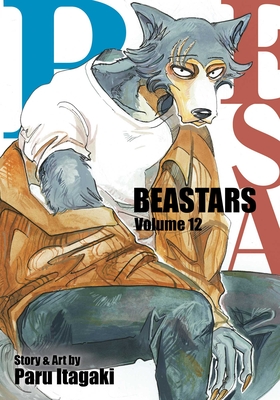 This is book number 12 in the Beastars series.

As a consequence of his savage battle with brown bear Riz, doors begin to close for gray wolf Legoshi, and he must strike out on his own. Temptation arises when he makes a new herbivore friend, Merino sheep Seven, who is being harassed at work by her carnivore colleagues. Then we finally meet the current valiant Beastar, horse Yahya, who shares a history with Legoshi’s family. Like Legoshi and Louis, Yahya strives to make the world a better place—but do his ends justify his means? And finally, both Louis and Legoshi must come to terms with their father figures…
Paru Itagaki began her professional career as a manga author in 2016 with the short story collection Beast Complex. Beastars is her first serialization. Beastars has won multiple awards in Japan, including the prestigious 2018 Manga Taisho Award.