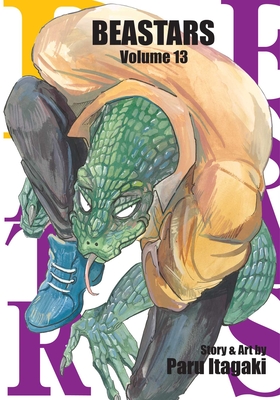 This is book number 13 in the Beastars series.

Now that he has a criminal record, gray wolf Legoshi is working in a noodle shop instead of attending high school. At his job and apartment complex, he meets denizens of the sea, where the values and laws are surprisingly different from those on land. Meanwhile, Beastar horse Yahya and Komodo dragon Gosha attempt to settle their historic grievances through battle. And then a black market drug hits the city…
Paru Itagaki began her professional career as a manga author in 2016 with the short story collection Beast Complex. Beastars is her first serialization. Beastars has won multiple awards in Japan, including the prestigious 2018 Manga Taisho Award.