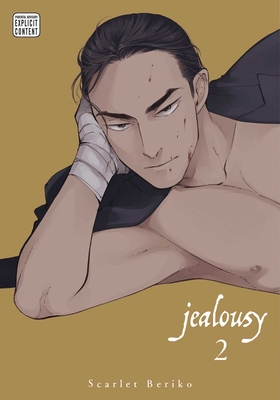 This is book number 2 in the Jealousy series.

A yakuza head finds himself ensnared in the unwavering attentions of a sometimes impetuous but always cunning schemer. If being yakuza doesn’t get him killed, his new lover just might!

Thanks to Uichi Rogi’s lies, his sugar daddy is dead and the object of his affection, yakuza head Akitora Oyamato, is bleeding out. Needing to lie low, Uichi and Akitora seek refuge in a gang safe house, where pain and pleasure quickly collide. But nothing in Uichi’s life is simple, and he soon finds himself naked and face-to-face with Akitora’s wife and infant son!
Scarlet Beriko began her professional manga career in 2010 and has since gone on to create many manga in the BL genre, including Jackass! and a constellation of related works—Minori no Te, Fourth Generation Head: Tatsuyuki Oyamato, and Jealousy. She has also published tutorials on drawing manga. Her birthday is March 21, and her blood type is A or O.