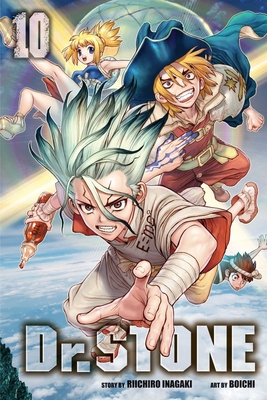 This is book number 10 in the Dr. STONE series.

In light of Hyoga's betrayal, Senku and Tsukasa vow to fight together, forming the ultimate tag team! Then, Senku and friends are breezing through more technological advancements in order to solve the mystery behind the petrification, but their impending voyage on the high seas will require a ship and a captain! It's time to relive the age of exploration!
Boichi is a Korean-born artist currently living and working in Japan. His previous works include Sun-Ken Rock and Terra Formars Asimov.