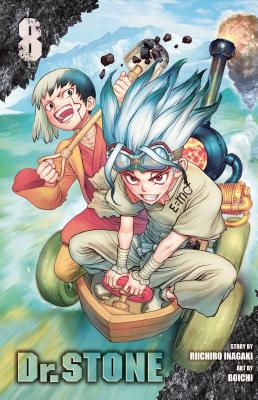 This is book number 8 in the Dr. STONE series.

In order to win the coming battle without shedding any blood, Senku and friends decide to infiltrate the Tsukasa Empire and install a secret hotline! But who will answer the first crucial phone call?! Meanwhile, the Kingdom of Science is hard at work on a steam engine for their motor vehicle! It’s time to bring the industrial revolution to the stone world!
Boichi is a Korean-born artist currently living and working in Japan. His previous works include Sun-Ken Rock and Terra Formars Asimov.