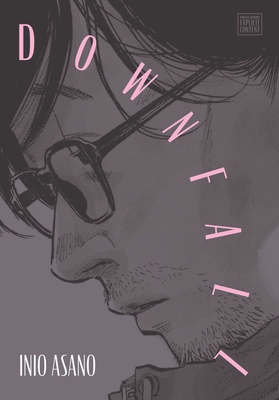 
Usually Ships in 1-5 Days
From the Eisner-nominated, best-selling author of Goodnight Punpun and solanin, a dark look at what happens when living the life of your dreams becomes your downfall.

Selling copies is the only thing that matters.

So what if your first series just ended and you have no idea how to start the next one, your marriage is breaking up, your pure love of manga has been destroyed by the cruel reality of the industry and nothing seems to fill the sucking void inside you…

Find the secret combo for a new hit manga series and everything will be okay.

Right?
Inio Asano, a bona fide earthling, was born in Ibaraki, Japan, in 1980. In 2001, his short story "Uchu kara Konnichiwa" (Hello from Outer Space) won the first Sunday GX Rookie Prize. Later, GX published his series Subarashii Sekai, available in English from VIZ Media as What a Wonderful World! His series solanin, Goodnight Punpun and Dead Dead Demon’s Dededede Destruction are also available from VIZ Media. Other works by Asano include Hikari no Machi (City of Light), Nijigahara Holograph and Umibe no Onna no Ko (A Girl on the Shore).
“If you’re looking for a feel-good manga, this is not the title for you. But if you love Asano’s brand of dark, psychological storytelling, it’s worth checking out.”—BookRiot, BEST MANGA 2020: NEW TITLES TO CHECK OUT THIS YEAR
— BookRiot