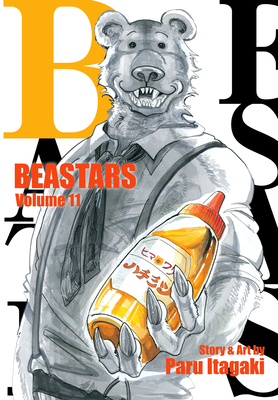 This is book number 11 in the Beastars series.

As gray wolf Legoshi and brown bear Riz begin their final showdown, Riz confesses to another heinous crime! Back at the black market, red deer Louis has a revelation and threatens to abdicate his leadership of the Shishi-gumi lion gang. Turns out it’s even harder to leave a criminal syndicate than it is to join one. Then, Legoshi receives a gruesome offer to help him prevail in his battle with Riz…
Paru Itagaki began her professional career as a manga author in 2016 with the short story collection Beast Complex. Beastars is her first serialization. Beastars has won multiple awards in Japan, including the prestigious 2018 Manga Taisho Award.