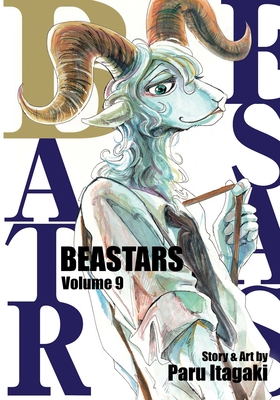 This is book number 9 in the Beastars series.

Gray wolf Legoshi confirms the identity of alpaca Tem’s murderer after a Drama Club member is maimed during rehearsal. In the wake of the incident, the Cherryton Academy administration resolves to segregate classrooms and disband interspecies clubs. The edict causes an uproar, and the absence of red deer Louis’s leadership is keenly felt. However, Bengal tiger Bill and Angora goat Els, as well as gray wolf Juno, gain insight into themselves and their relationships. Plus, a flashback to Legoshi’s tragic childhood and family.
Paru Itagaki began her professional career as a manga author in 2016 with the short story collection Beast Complex. Beastars is her first serialization. Beastars has won multiple awards in Japan, including the prestigious 2018 Manga Taisho Award.