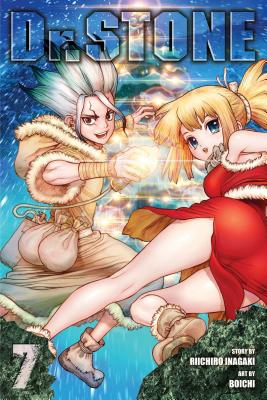 This is book number 7 in the Dr. STONE series.

Senku, Chrome and Magma go spelunking for a rare mineral, but can they survive the dangers of a real-life treasure dungeon and make it back alive? They have no choice if they want to create the greatest “weapon” of modern times—the cell phone!
Boichi is a Korean-born artist currently living and working in Japan. His previous works include Sun-Ken Rock and Terra Formars Asimov.