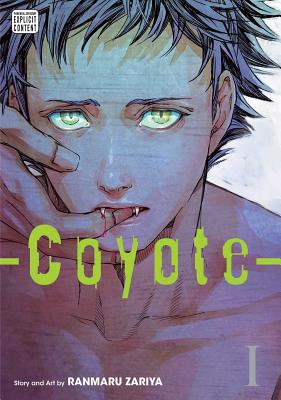 This is book number 1 in the Coyote series.

In order to conceal that he’s a werewolf, Coyote avoids getting too involved with humans. But Marleen, a pianist at a bar he frequents, is interested in him and just won’t take no for an answer. When Coyote unexpectedly goes into heat for the first time, Marleen catches him while he’s unable to maintain his human form and offers up a tempting invitation. Coyote wants to resist, but can he?
Coyote is Ranmaru Zariya’s second English-language release. Her other releases include Void, Liquor & Cigarettes, and Birds of Shangri-La. She also publishes doujin (independent comics) under the circle name “ZARIA.” You can find out more about her on her Twitter page, @zaria_ranmaru.