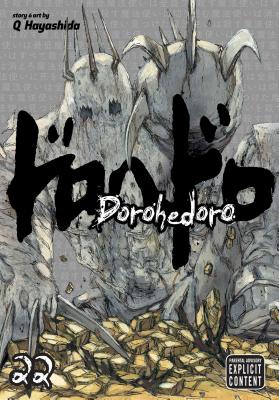 This is book number 22 in the Dorohedoro series.

On their journey through a hellish landscape, Caiman and Nikaido finally get intimate…sort of! Assisted (?) by Chidaruma, the Professor, Asu and more, the pair continue their quest to unravel the mystery that is Caiman, and what it will reveal for the future of the Sorcererss world and the poor souls of the Hole.
Known for her bold style and seamless creation of alternate universes, QHayashida made her manga debut with Maken X Another, which ran in Magazine Z and was subsequently adapted into a video game. She followed this series with a sequel, Maken X Another Jack. Dorohedoro is her latest series.