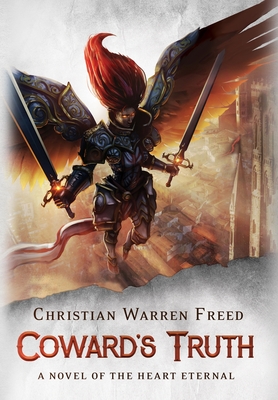 Welcome to Ghendis Ghadanisban. City of god-kings. City in turmoil.

The god-king is dead Whispers of murder spread through the city known as the Heart Eternal. Panic grips the city. Civil war looms as neighboring kingdoms threaten to sweep in and steal the crown. As chaos reigns, a new and terrible fctor arises. The god-king's death allows Razazel, an ancient evil from the dawn of time, to return and resume its quest to dominate all life.

The only way to save the jeweled city of the desert is for a small group of reluctant heroes to escort a young boy filled with the dying god's essence to the ancient mountain of Rhorremere so the god-king can be reborn. It is a quest bound to claim lives, for evil never stops.

Far off in the mountains, a squad of stranded space marines sells their services in the hopes of being rescued. Their search brings them in conflict with too many enemies. Forced to join the quest, it is a decision that may prove their ultimate doom.

Fate and destiny clash as agents of good and evil set forth to stake their claim.

Welcome, friends, to the Heart Eternal.