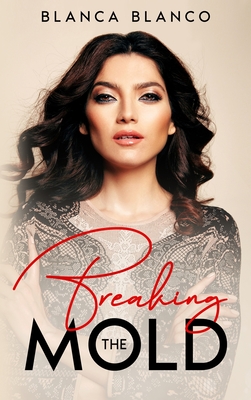 Blanca Blanco is the very definition of self-made; coming from nothing to reach her success, with hard work, tenacity, and intelligence. Her compelling, beautiful, motivational, story told in Breaking the Mold, tells of her background. The woman behind the award-winning actress and fashion model, with graduate degrees in psychology and social work. Blanca reveals the secrets of her past. Born in the U.S., then as a Latina immigrant, from Mexico, who at 9 years old with her family of six, soon to be seven, and with no other options, had to live in a garage for 2 years without hot running water and heat, weathering the frigid winters of Washington State.

As a young child, one night before falling asleep in that frigid garage, she made a promise to never let poverty define her. Blanca never allowed her childhood obstacles to get in her way of leading a successful life. She suffered bullying and abuse and had to learn English, all while living in extreme poverty. Nothing would stop her from reaching her dreams, she was unstoppable. Her remarkable resilience is outlined in her book, as well as the tools and techniques she used to "Break the Mold."

She describes her harrowing near-death drive through the devastating Woolsey Wildfire which destroyed her beautiful Malibu home. Then, just 2 weeks later, prior commitments have her at the Marrakesh Film Festival.

Before finishing her book she faces the tragic loss of her beloved mother, the anchor in her life, who unexpectedly passed away at the age of 62. Blanca shares the journey with her readers as she helps her mother transition through her final stage of life, providing the tools she used to face grief, anxiety, and loss.

Breaking the Mold will help all who read it, as Blanca describes how to successfully process the tragedies of life, in order to reach one's personal success. Despite all that life threw at her, Blanca became the very description of self-made and is an international success.

Breaking the Mold is an inspiration to all who read it.