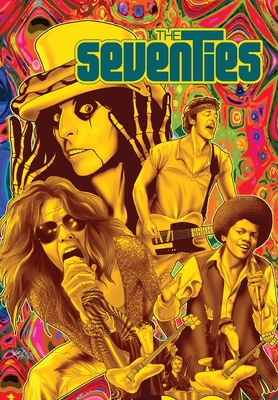 Defining 70s music is a challenge. Spinning out of the Motown sound, funk, soul, and R & B influenced the burgeoning soft and hard rock genre. Smooth jazz replaced the big band sound popular since World War II. Protest songs from the 60s continued to fight "the man" and "his" war in Vietnam. Disco, the feel-good, dance until you drop, pop culture phenomenon, dominated the second half of the decade. It was the golden age of vinyl, and the sexy party music wore out the needles on record players everywhere.

Showcasing the musicians who dominated the Billboard Hot 100, Orbit: The Seventies features the biographies of David Bowie, Alice Cooper, Keith Richards, Michael Jackson, and many more. With a striking cover from famed comic book artist Joe Phillips, this collected edition revisits the "Me Decade" through the eyes of the artists who shaped it.

This series has been featured in Rolling Stone magazine.