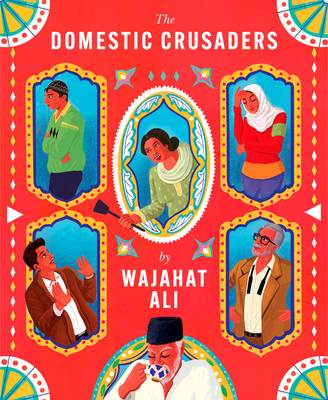 
Usually Ships in 1-5 Days
Special updated tenth aniversary edition, featuring a new forward by Hasan Minhaj and an introduction by Ishmael Reed The Domestic Crusaders focuses on a day in the life of a modern Muslim Pakistani-American family of six eclectic, unique members, who convene at the family house to celebrate the twenty-first birthday of the youngest child. With a background of 9/11 and the scapegoating of Muslim Americans, the tensions and sparks fly among the three generations, culminating in an intense family battle as each crusader struggles to assert and impose their respective voices and opinions, while still attempting to maintain and understand that unifying thread that makes them part of the same family.
Wajahat Ali is a New York Times Contributing Op-Ed writer, public speaker, recovering attorney and tired dad of two cute kids. He believes in sharing stories that are by us, for everyone: universal narratives told through a culturally specific lens to entertain, educate and bridge the global divides. Born in the Bay Area to Pakistani immigrant parents, his essays, interviews, and reporting have appeared in The New York Times, CNN, Slate, The Atlantic, The Washington Post, The Guardian, and New York Review of Books.