Gods in the Ruins: A Vatican Archives Thriller (Paperback) 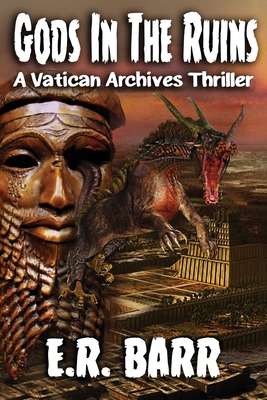 Gods in the Ruins: A Vatican Archives Thriller (Paperback)

An ancient tomb is discovered in the ruins of Babylon. The Pope sends Vatican archeologist Fr. Daniel Azar and his best friend, Swiss Guard Luca Rohner to Iraq to investigate the tomb's warning of the end of the world and the terrible beast that will usher in the coming apocalypse. From the start of their journey, the two find their lives threatened by unknown assassins.

Meanwhile in Washington, D. C., the Director of the CIA, also aware of the momentous find sends her own team to Iraq to find out whether the United States is in danger because of the discovery.

In a race to uncover the truth, the Vatican and the CIA join forces to fight a resurgent ISIS Caliphate and an enemy out of myth and legend. Whoever wins will have the power to bring the world to destruction or prevent the extinction of the human race.