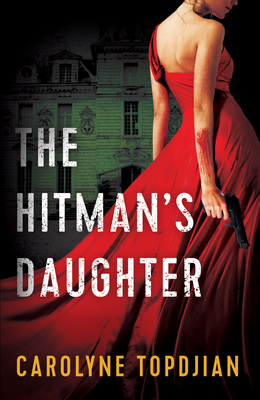 
Usually Ships in 1-5 Days
The Ch teau du Ciel was once the destination for the rich and famous to play, drink and ski--complete with a private railway to shuttle those desiring extra privacy--now, however, the guests are few and far between. The New Year's Eve party was supposed to hoist the rundown hotel back to its former status, until a massive blizzard hits, trapping the guests who've come to celebrate the grand hotel's last hurrah. The circumstances might even be romantic, if the hotel wasn't reputed to be haunted.

When hotel employee Mave Michael finds the resident artist dead, and shortly thereafter hotel security finds Mave alone with the body, the reputation that Mave has fought long and hard to outrun comes back to haunt her. You see, her father is a notorious hitman who is serving multiple life sentences in prison. She has changed her name and location dozens of times, but he somehow manages to track her down--even sending her a postcard on the eve of her birthday, January 1st. She's the perfect choice to frame for murder, and now the number one suspect.

Mave can no longer deny the lessons in survival her father taught her, and calls on that and her uncanny sixth-sense in "finding" lost objects to navigate the maze of the hotel. To save herself, she not only has to stop running from her own past, she must unearth the history of the hotel, its elite guests and buried secrets--one deadly sin at a time.

An homage to classic gothic horror, that proves that the ghosts of family and classism are alive and well.

Carolyne Topdjian is a suspense writer with publications in PRISM International, Dreamers Magazine and Firewords Quarterly. She has an interdisciplinary PHD from York University and is a professor in the Faculty of Media and Creative Arts at Humber College in Toronto. She is a two-time Pitch Wars mentor and lives in a 112-year-old haunted house. This is her first novel. Find her online at: carolynetopdjian.com and on Twitter @TopdjianC