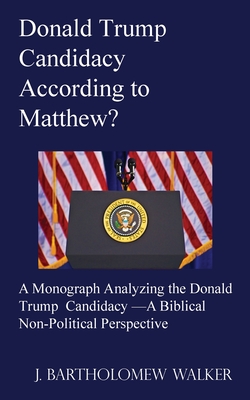 "When (Donald) Trump announced his intentions to run for president, many of the "experts" simply laughed. As the result of being so certain that this "carnival barker" (the words of others), was merely seeking yet more publicity, his "intentions" were simply and summarily dismissed by the "experts." Early on, Karl Rove was asked about the Trump candidacy and Rove's response was "Ignore him." Ed Rollins commented early on that Trump was "not a viable candidate.""

Yet he "miraculously" became the front runner and remains so. No matter which aspect of his candidacy is examined; he seems to have broken, and continues to break essentially all of the known rules of politics.

Is there any rational explanation for this phenomenon? Does the Bible provide any guidance as to how this could be?

The process is not new, and not unique to Donald Trump. It is just that it has been long forgotten. Find the explanation; understand the mechanisms; and see if the process can work for you.