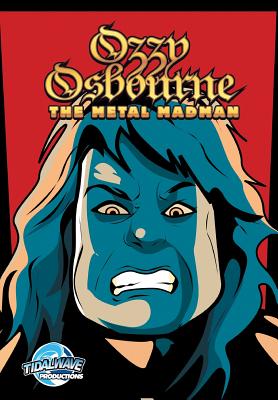 As the Godfather of Heavy Metal, Ozzy Osbourne pioneered his dark sound as the front man for Black Sabbath. As a solo artist, he has forged a legacy, influencing modern rock, reality television, and more. Jump on board the crazy train and read about the artist who occupies a special place in the Rock and Roll Hall of Fame.

As featured on CNN, Time Magazine, People Magazine, LA Times, Forbes, and MSNBC Orbit is a comic book biography series that focuses on the people that have made a difference in the world Read about the world of Ozzy in comic book form