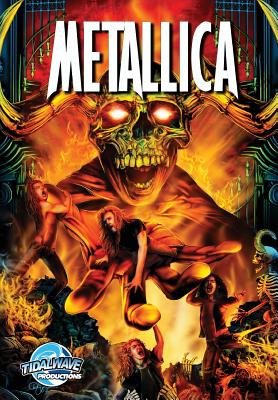 Few bands have achieved the success and status afforded the heavy metal pioneers known simply as Metallica. Metallica's sound, a raw fury few can match, has stood the test of time and placed members James Hetfield, Lars Ulrich, Dave Mustaine, Cliff Burton, and Kirk Hammett in an exclusive club of artists. Read about the formation of the band in this special issue of Orbit.

As featured on CNN, Time Magazine, People Magazine, LA Times, Forbes, and MSNBC Orbit is a comic book biography series that focuses on the people that have made a difference in the world Read about the world of Metallica in comic book form