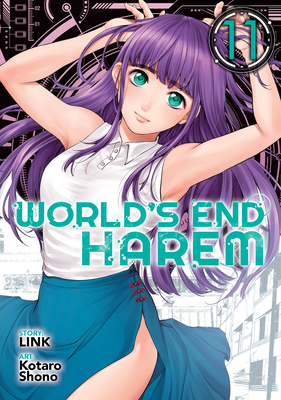 
Usually Ships in 1-5 Days
The bestselling and Mature-rated science fiction manga that's soon to be an anime! (And don't miss World's End Harem: Fantasia, also from Ghost Ship!) The Man-Killer Virus-a lethal disease that has eradicated 99.9% of the world's male population. Mizuhara Reito has been in cryogenic sleep for the past five years, and now awakens to an all-female world where he himself is the planet's most precious resource. Reito is given one simple mission: repopulate the world by impregnating as many women as possible-whether he wants to or not!
LINK is a bestselling Japanese writer best known for the manga World's End Harem and its spin-offs, including World's End Harem: Fantasia. Kotaro Shono is a Japanese manga artist best known for the manga World's End Harem.