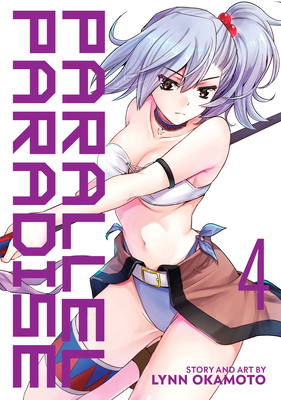 This is book number 4 in the Parallel Paradise series.

When Yota and the girls journey to the ocean town of Reel, they're hoping to find answers. Instead, the town's local god deals a shocking blow to their plan by revealing that the jealous god is already dead. But then a mysterious girl appears on the beach, her hands stained red with blood, and her arrival will reveal new clues that guide Yota toward the ultimate truth!
Lynn Okamoto is a veteran Japanese manga creator, best known for the manga and anime series Brynhildr in the Darkness and Elfen Lied, as well as the ongoing manga series Parallel Paradise.