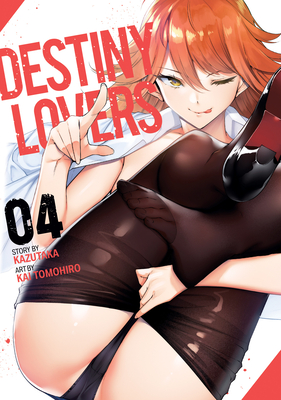 This is book number 4 in the Destiny Lovers series.

For high school student Fujishiro Kosuke, things are getting grim. He's been held for over a week in a strange prison staffed by beautiful wardens who seem intent on one thing and one thing only: convincing him and the other prisoners to give up their virginity! The boys held out for as long as they could, but one of them has finally fallen-and one of the wardens revealed what they'd suspected all along. If any of the virgins give in to their captors' lustful demands, they'll be killed!
Kazutaka is a Japanese writer best known for Destiny Lovers. Kai Tomohiro is a Japanese manga creator best known for adult work, including the art of the manga series Destiny Lovers.