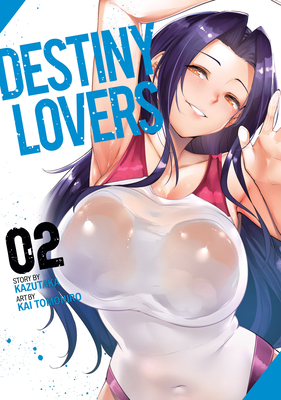 This is book number 2 in the Destiny Lovers series.

Long ago, Fujishiro Kosuke promised his love to his childhood friend, Sayaka-chan. But his pledge to save his first sexual experience for her takes a shocking turn when he's suddenly abducted and thrown into a secret prison--run by beautiful, terrifying women in fetish gear. His seductive kidnappers claim to have a higher purpose but are after one thing: Kosuke's virginity, and they're willing to employ every kink at their disposal. Who are these women, and why are they trying to break Kosuke's promise to Sayaka-chan? In this darkly erotic thriller about fear and desire, one man is about to face a sexual gauntlet like no other.
Kazutaka is a Japanese writer best known for Destiny Lovers. Kai Tomohiro is a Japanese manga creator best known for adult work, including the art of the manga series Destiny Lovers.