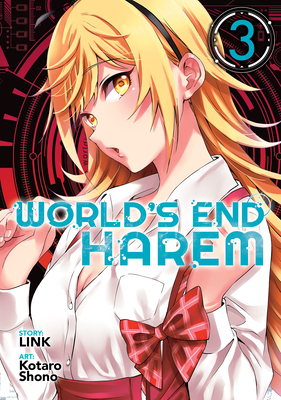 
Usually Ships in 1-5 Days
Yuzu-sensei has a reward she wants to give Shota-in her bedroom! Before Shota can find out just what she wants to give him, Karen decides it's time he got to know his classmates a bit better. It's not long before he learns some private details about the hottest girls in his class!
LINK is a bestselling Japanese writer best known for the manga World's End Harem and its spin-offs, including World's End Harem: Fantasia. Kotaro Shono is a Japanese manga artist best known for the manga World's End Harem.