Sleight of Mouth: The Magic of Conversational Belief Change (Paperback) 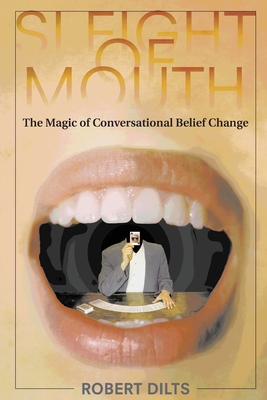 Sleight of Mouth: The Magic of Conversational Belief Change (Paperback)

Sleight of Mouth is about the magic of words and language. Language is one of the key representational systems from which we build our mental models of the world, and has a tremendous influence upon how we perceive and respond to the world around us.

As Sigmund Freud pointed out, "Words and magic were in the beginning one and the same thing." The right words at the right time can be uplifting, changing the course of someone's life for the better; opening up new vistas and possibilities. Unfortunately, words can also confuse and limit us as easily as they can empower us. The wrong words at the wrong time can be hurtful and damaging.

Sleight of Mouth patterns come from the study of how language has been, and can be, used to make an impact on people's lives and emotions. This book represents over twenty years of study and practice with respect to the influence of language and its potential to change our lives. Author Robert Dilts (whose other works include Visionary Leadership Skills, Strategies of Genius, Dynamic Learning and Modeling With NLP) has examined the language patterns of people such as Socrates, Abraham Lincoln, Mahatma Gandhi, Adolph Hitler, Milton Erickson and Jesus of Nazareth. Sleight of Mouth patterns are made up of verbal categories and distinctions by which key beliefs can be established, shifted or transformed through language.

Generally, Sleight of Mouth patterns can be characterized as "verbal reframes" which influence beliefs, and the mental maps from which beliefs have been formed. These patterns provide a powerful tool for persuasion and conversational belief change. This book is about the power of words to be either helpful or harmful, the distinctions that determine the type of impact words will have, and the language patterns through which we can transform harmful statements into helpful ones.