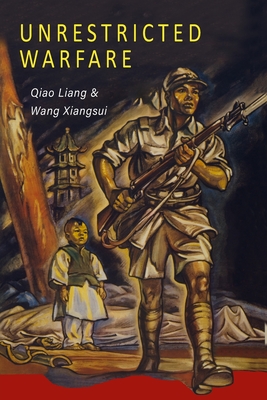 2020 Facsimile of the 1999 Edition. Unrestricted Warfare is a book on military strategy written in 1999 by two colonels in the People's Liberation Army. Its primary concern is how a nation such as the People's Republic of China can defeat a technologically superior opponent (such as the United States) through a variety of strategies. Rather than focusing on direct military confrontation, this book instead examines a variety of other means. Such means include using International Law (see Lawfare) and a variety of economic means to place one's opponent in a weakened position and circumvent the need for direct military action.

Of the various strategies discussed perhaps the most relevant is that of attacking networks. Networks are increasingly important in not only data exchange but also transportation, financial institutions, and communication. Attacks that disable networks can easily hamstring large areas of life that are dependent on them for coordination. One example of network warfare would be shutting down a network that supplies power. If there is a significant failure in the power grid caused by the attack, massive power outages could result, crippling industry, defense, medicine, and all other areas of life.