Laughing at Political Correctness: How many lightbulbs does it take to change a liberal? (Paperback) 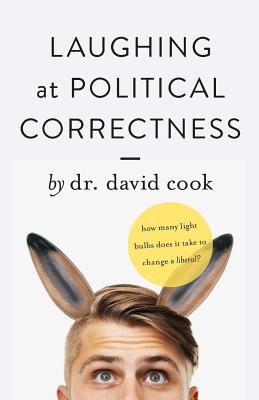 Laughing at Political Correctness: How many lightbulbs does it take to change a liberal? (Paperback)

There's one weapon political correctness fears - laughter. And Dr. David Cook will show you how Americans can regain their freedom by scoffing at the lies of the radical left.

As Dr. Cook shows, PC operates by making it impossible to think logically.

As coined terms such as "transphobia" threaten livelihoods, Dr. Cook shows PC promises equality but only serves to silence dissenters. And he argues the best way to break the irrational group think and stultifying orthodoxy of PC is through irreverence and iconoclasm.

In medieval societies, the court jester alone spoke truth to power. Dr. Cook "plays the fool" and shows how to laugh your way to truth.