Vaccination and Naturopathic Medicine: In Their Own Words (Paperback) 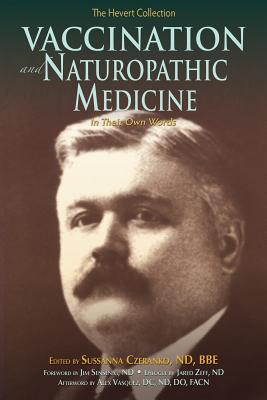 Vaccination and Naturopathic Medicine: In Their Own Words (Paperback)

The topic of vaccination is fraught with intrigue and complexities. Since vaccination's first appearance in Western medicine, the controversy between those warning of its danger and those espousing its utility has endured. Perhaps no professional body has been more consistent in articulating its concerns than the Naturopaths of the early 20th century. Indeed, the issue of vaccination safety and efficacy has a special place in the history of Naturopathy not only because of the strong energy, convictions and polarities it conjures, but also because the very issue galvanized the early Naturopaths and helped shape the profession. Death and negative side effects resulting from vaccination were reported then as now. The naturopathic principle of not injecting the body with poison or living microbes placed the early Naturopaths on the side of anti-vaccination activists, but of great interest in these pages are the disease prevention practices, the political work to keep choice available to patients and to maintain medical freedom for individual case needs. Compulsory vaccination was understood then, as now, as one rule fitting all, when in fact, individual patient traits were not always able to withstand the treatment. The Naturopaths of a century ago did not quake at the presence of infectious diseases and germs but mobilized their natural therapies and proved the power of Naturopathy. Vaccination and Naturopathic Medicine is the sixth of a twelve volume series entitled The Hevert Collection: In Their Own Words, returning to print prominent contributions to the journals published by Benedict Lust between 1900 and 1923. Illustrated with portraits of authors, publication ads, cartoons and graphics.