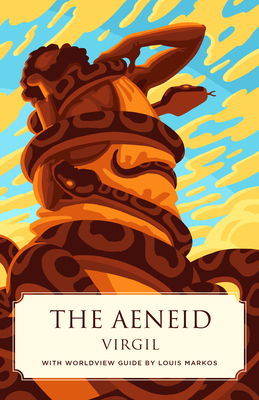 
Usually Ships in 1-5 Days
(This book cannot be returned.)
Publius Vergilius Maro - or Virgil - was born near Mantua in 70 BC and was brought up there, although he attended schools in Cremona and Rome. Virgil's rural upbringing and his affinity with the countryside are evident in his earliest work, The Eclogues, a collection of ten pastoral poems. As an adult Virgil lived mostly in Naples, although he spent time in Rome and belonged to the circle of influential poets that included Horace. He also had connections to leading men within the senatorial class and to the Emperor Augustus himself. Following The Eclogues, Virgil wrote The Georgics, a didactic poem, and thereafter began his longest and most ambitious work, The Aeneid. He died in Brindisi in 19 BC.