The Lost Book of Wonders (Paperback) 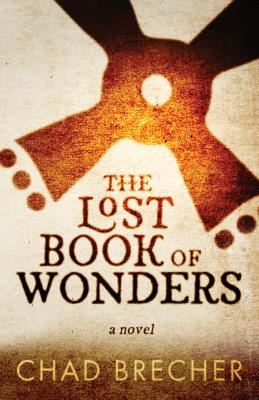 The Lost Book of Wonders (Paperback)

As engineers struggle to save the city from its watery fate, a metal chest is discovered beneath the surface of a murky canal. Tossed into the waters in 1355, it contains the long-lost possessions of none other than the famed explorer Marco Polo. When the chest is brought to light, its discovery stirs an ancient society from the shadows of history. Convinced that Polo died without revealing all he found during his voyage to the East, the society will stop at nothing to collect the pieces of the puzzle Polo left behind.

A continent away, another clue has emerged.

While on a mission to recover looted artifacts in war-torn Iraq, Dr. Eleanor "Ellie" Griffin, an expert in pre-Biblical and Biblical archeology, happens upon an unusual wooden box. When her expedition goes horribly wrong, Ellie is left broken, but with the box. Determined to uncover the significance of this mysterious find, Ellie teams up with Alex Stone, a precocious graduate student, and soon, the two embark on a journey that takes them across the world in pursuit of the greatest treasure imaginable, a prize searched for and dreamed about since the beginning of time.