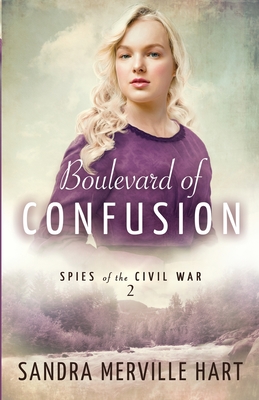 In times of war, is anything as it seems?

Her aunt's invitation to Richmond is just the change Beatrice Swanson needs after her brother's release from a Union prison. Bea's father agrees to the trip with a condition-one that tosses her emotions into swirling confusion.

Though Jay Nickson wants to serve his country as a Confederate soldier, his work is too important to the government. Bea's interest in his job, which includes secrets that would benefit the Union, arouses his suspicions. Is she spying for the North? His growing feelings for her are hard to squelch.

Though she participates in activities to benefit Confederate soldiers, Bea struggles with her own loyalties and her father's demands. Where does her cousin, Meg, go on her solitary errands? Bea's own growing love for Jay, a Southerner, only adds to her confusion. Tensions escalate in Richmond as the Union army approaches, drawing her into more secrecy. Where does her allegiance lie? And how will she be forced to prove it?

Nothing in war is simple...especially when the heart becomes entangled.