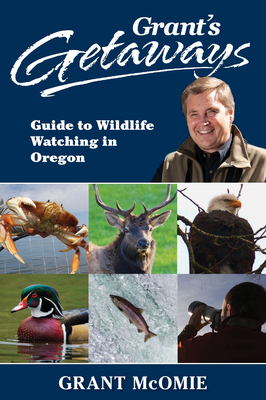 Take a Walk on the Wild Side with Grant McOmie and discover that there is always something new to see in Oregon.

Many of Grant's favorite wildlife watching destinations are included in this handy guidebook and they have also been featured in the popular television Oregon travel series Grant's Getaways. This is a detailed reference book for wildlife viewing and is part of his new series of guidebooks.

A fifth-generation Oregonian, McOmie is a journalist, author, and teacher who realized he hadn't seen enough of his native state and he has spent much of his thirty-year career as a news reporter exploring Oregon. He ended up enjoying his getaways so much that he decided to share these "teachable moments with touchable history" in a new Grant's Getaways series of guidebooks.