Honor Among Thieves: The Cinema of Jean-Pierre Melville (Paperback) 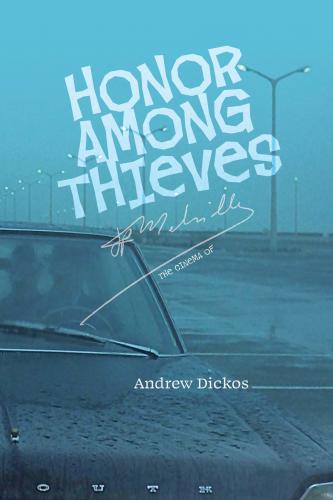 Honor Among Thieves: The Cinema of Jean-Pierre Melville (Paperback)

The crosscurrents between the classic Hollywood cinema and France's postwar cinema are rich in producing iconic imagery with philosophical resonance, and no filmmaker has immersed himself in this project more than Jean-Pierre Melville (1917-1973). Nurtured on American movies, and living through the turbulent years of the mid-20th century, Melville memorialized his wartime experiences in the Resistance with works like Le Silence de la mer and L'Arm e des ombres while alternately presenting the stark glamor of his postwar film noir heroes in films like Bob le flambeur and Le Samoura .

A filmmaker who redefined the rules of postwar independent filmmaking and influenced a generation of New Wave acolytes, Melville was also able to captivate the popular audience with stories of beleaguered existential outsiders-gangsters, thieves, and rogue cops-as they wend their way toward a greater definition of our modern human condition.

Honor Among Thieves profiles this filmmaker's eventful life and discusses his cinema as an essential body of work in our reckoning of postwar European cinema, and of Melville's own influence on the filmmakers who admire him.