The Autumnal: The Complete Series (Paperback) 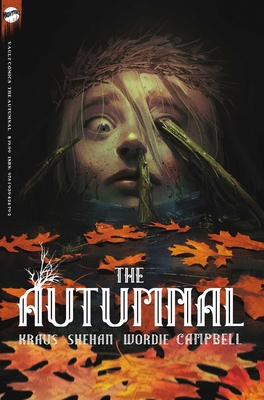 Her estranged mother's death brings Kat Somerville back to Comfort Notch, New Hampshire, a home town she can barely remember. As she and her daughter Sybil try to settle into a new life, Kat discovers that sometimes home is best forgotten.

DANIEL KRAUS is a New York Times bestselling author. His posthumous collaboration with legendary filmmaker George A. Romero, The Living Dead, was acclaimed by The New York Times and The Washington Post.

Kraus’s The Death and Life of Zebulon Finch was named one of Entertainment Weekly‘s Top 10 Books of the Year. With Guillermo del Toro, he co-authored The Shape of Water, based on the same idea the two created for the Oscar-winning film. Also with del Toro, Kraus co-authored Trollhunters, which was adapted into the Emmy-winning Netflix series. Kraus has won a Scribe Award, two Odyssey Awards (for both Rotters and Scowler) and has been a Library Guild selection, YALSA Best Fiction for Young Adults, Bram Stoker finalist, and more.

Kraus’s work has been translated into over 25 languages. He lives with his wife in Chicago. Visit him at danielkraus.com.

Chris Shehan is a comic artist living in Texas with his girlfriend Karla and his dog Jack.

"Horror stories have made clowns creepy and this one might do the same for fall foliage."
— George G. Gustines

“The Autumnal might be the next fan favorite — lingers in your mind far after you close the book.”
— ScreenRant

“Superb, fall-toned art plays on a recurring theme of leaves. The gripping, violent plot and the sharply drawn mother-daughter dynamic at its core are a complex combo that will easily satisfy genre fans.”
— Publishers Weekly

'Bestselling Kraus makes his graphic debut with another terror-inducing narrative, brilliantly illustrated by Shehan and Wordie (lettered by Jim Campbell). The full-color, saturated visuals never slow down, the unpredictable panels constantly in motion as if unable to hold the story back. The petrifying horror won’t be contained - "She grows. She waits." '
— BOOKLIST *Starred Review*